Almost every tradesperson will be familiar with this problem: Drilling through tiles or joints in wet areas can be tricky, and not just because tiles may break. The problem lies behind the tiles and in the wall itself. After all, a single, poorly sealed drill hole can cause water to penetrate the wall. As a result, the fastenings will no longer hold, which can lead to moisture damage in the worst case. But issues such as these are a thing of the past with the fischer DuoSeal plug. DuoSeal developer Christian Frey explains how fischer created this innovative product and how it proved its effectiveness even under the most extreme circumstances. After graduating in mechanical engineering while specialising in plastics technology, he began working in fischer’s development department in 2016. In addition to the DuoSeal, his developments also include the DuoBlade plug, among others, for which he was presented with the Red Dot Award. Christian Frey has accumulated his knowhow through his professional product development experience in the field of injection moulding as well as practical experience in his private life. He fully renovated his home, an old residential building, himself and used hundreds of anchors in the process.

Mr Frey, how did you come up with the idea of developing a sealing plug?

Christian Frey: The new DIN 18534 waterproofing standard was a pivotal point when it came into effect in July 2017 to regulate waterproofing in interior rooms. It states that holes cannot be drilled into the walls and floors of wet areas if they aren’t subsequently sealed in accordance with the standard. However, there weren’t any solutions available on the market to fulfil these requirements. Nevertheless, tradespeople and do-it-yourselfers rely on being able to mount fixtures to the wall – be it shower caddies, the shower cubicle itself or a towel rail next to the washbasin. Through our close contact and consistent communication with customers, we soon realised that there was an urgent need for action. As a fastening specialist, this was a good enough reason for us to tackle this issue.

Behind the DIN 18534 waterproofing standard

The DIN 18534 waterproofing standard describes how interior rooms in sanitary facilities must be sealed. Any trades that work in this field must comply with this standard. This means that it is not only the responsibility of sealing specialists and bonded sealant manufacturers; instead, the standard also applies to planners, architects, installers, tilers etc. Why are fastenings that were commonly used before the standard was introduced no longer sufficient?

Christian Frey: There were issues when it came to sealing drill holes in wet areas before the standard existed, that’s for certain. However, things weren’t as complex back then. On the one hand, this is due to changing construction methods, and on the other hand, the awareness of this issue has changed. In the past, solid stone-on-stone structures were built, whereas nowadays there are more prefab homes and post and beam structures, which frequently use gypsum construction materials. Moisture can soon lead to a loss of stability in this case. Before the standard was introduced there were no regulations on how to seal a drill hole. Silicone was used in most cases; however, this cannot guarantee a fully waterproof drill hole. Technically speaking, silicone isn’t so much of a sealing material but rather a maintenance joint that needs replacing every five years and shouldn’t be used without any additional sealing.

Christian Frey: The only thing that has changed for tradespeople is that they don’t need to use additional materials or tools for sealing purposes. The DuoSeal is a complete, all-in-one system consisting of a plug and a screw. It is used in the usual manner: Drill the hole, place the plug, attach the part with the screw, tighten it, and done.

That sounds like a simple solution to a complex issue. Was developing the product just as easy?

Christian Frey: It certainly wasn’t easy, but it was very exciting. It took around four years between developing and launching the product. We must have made around 25 to 30 different prototypes until we had achieved the ideal result. What made it so special was the fact that we were entering unchartered territory with this plug, as we’re fixings specialists, not sealing specialists. The entire development process therefore involved in-depth and permanent communication with experts and users in the sealing industry. This gave me four or five basic ideas about what the product could look like. We ultimately created the DuoSeal after multiple optimisation phases involving plenty of experimenting, testing and improvements.

From a problem to a fitting solution

What does the DuoSeal consist of?

Christian Frey: At first you might assume that a chemical component is required to achieve the sealing effect, but this would lead to functionality issues. Chemical components require a certain curing time, for instance, which would have led to a degree of uncertainty during its application. There also isn’t a suitable material that is simultaneously able to swell and seal. A chemical product would have also only had a limited use-by date, which is why we looked for a purely plastic solution. But until we had found the right material, we must have tried around 30 different materials.

What’s so special about the material and how does the plug work?

Christian Frey: The grey DuoSeal plastic isn’t the same type of plastic we use on other plugs. Its flowability is a distinguishing feature. Combined with the red component that consists of a solid, non-flowable plastic and the special plug geometry it achieves the desired effect. The materials are pressed outwards by the pressure of the screw alone when being inserted and the grey plastic practically flows into the drill hole cavities. When being tightened, the stable red component applies additional pressure to the grey plastic, causing it to mould itself against the smallest recesses within the drill hole. The wide rim at the entrance to the anchor acts as a sealing washer and provides added security while the grooves along the shaft compensate for any unevenness in the drill hole. This means that it doesn’t matter whether a new or old drill was used to drill with, for instance. Using the right screw is crucial, however, which is why it always comes included with the DuoSeal.

How were you able to ensure that the plug delivers what it promises?

Christian Frey: Tests, tests, tests. Here at fischer we carried out application and sealing tests again and again as early on as during the development stage. Once we were certain we had achieved our goal we wanted to have it tested by an independent, external institute that specialises in seals.

Christian Frey: Rather extreme. Although various water exposure classes are defined in the waterproofing standard, there is only one designated testing procedure for the highest water exposure class W3. However, according to the standard, drill holes can only be set at a later point in areas up to W1. But because there is no official testing method as of yet for W1, we had no other choice but to test the DuoSeal according to W3 requirements.

What requirements did the DuoSeal have to fulfil during the W3 test?

Christian Frey: To begin with, there was a shower endurance test. This meant that the installed plug was showered with over 1500 cycles of alternating hot and cold water: One minute of 10-degree cold water, then a one-minute break, one minute of 60-degree hot water followed by another one-minute break – this process simulated 100 hours of showering. Another test examined the impermeability in the event of accumulated water. During this test, the plug system had to withstand a 20-centimetre water column over 28 days. These are extreme tests and conditions that don’t actually ever tend to occur in practice or in conventional households. The DuoSeal passed them with flying colours, whereas other plugs and solutions clearly failed during comparable tests.

Want to find out more about sealing plug for wet areas? 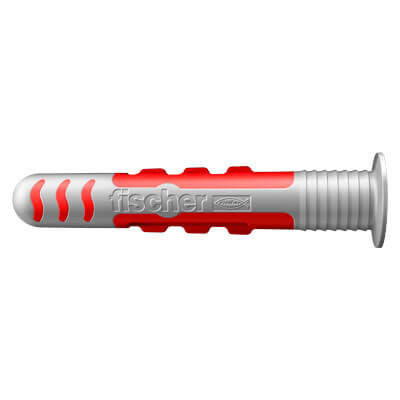 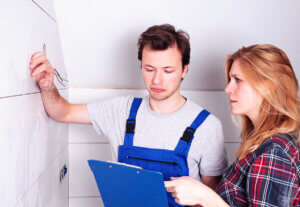 The 5 most common fixings mistakes